The Don Quichote Project is a 5 year research project on hydrogen in a smart grid environment funded by the Fuel Cell and Hydrogen Joint Undertaking.

The project demonstrates that the use of hydrogen as a large scale renewable energy storage solution is not “tilting windmills” anymore but has technical and economic viability and represents an interesting commercial opportunity to connect intermittent renewable electricity to transport applications. The project ran from October 2012 to March 2018 and is implemented at a large logistic centre of Colruyt Group. The demonstration plant is interconnected to an existing hydrogen refuelling facility that supplies hydrogen to a fleet of material handling vehicles.

The project concentrated the attention to disseminate the results to key decision makers in local grid management (DSO’s) and renewable plant operators as well as end-users of the produced hydrogen. By demonstrating the impact on efficiency and costs of the operations of a large logistics centre, the project aims to demonstrate the market readiness of the components needed for storing renewable energy in hydrogen. 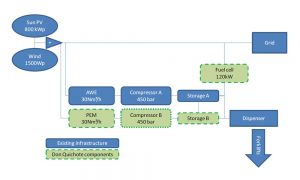 Phase 1: The existing hydrogen refueling infrastructure at Colruyt in Halle (BE), equipped with alkaline electrolyser, mechanical compressor, one storage and 2 forklifts as end user, was tested. In the meanwhile, a very efficient PEM electrolyser, its control system and a PEM fuel cell were being developed. Once relevant regulations, codes and standards were identified, a permitting dossier and a safety report have been prepared.

Phase 2: In this phase PEM electrolyser has been assembled at Hydrogenics and installed afterwards at the demonstration site. Fuel cell system and PEM electrolyser stack undertook the certification process. Thinkstep collected the data for multiple analysis, LCA and TCO included, performed by Colruyt, WaterstofNet and Hydrogenics.

Phase 3: The complete system for phase II has been built and commissioned. The whole system has been tested and monitored. Report on TCO and LCA have been produced and the assessment of feasibility/impact of large scale implementation performed.

An extra dry-piston compressor was installed.

Don Quichote is a unique project that combines Power to Power and Power to Mobility applications, covering the complete value chain, from the renewable plant to the multiple final uses: electricity for on site use and hydrogen to refuel vehicles.

For graphs of the key results and pictures, please go to www.don-quichote.eu 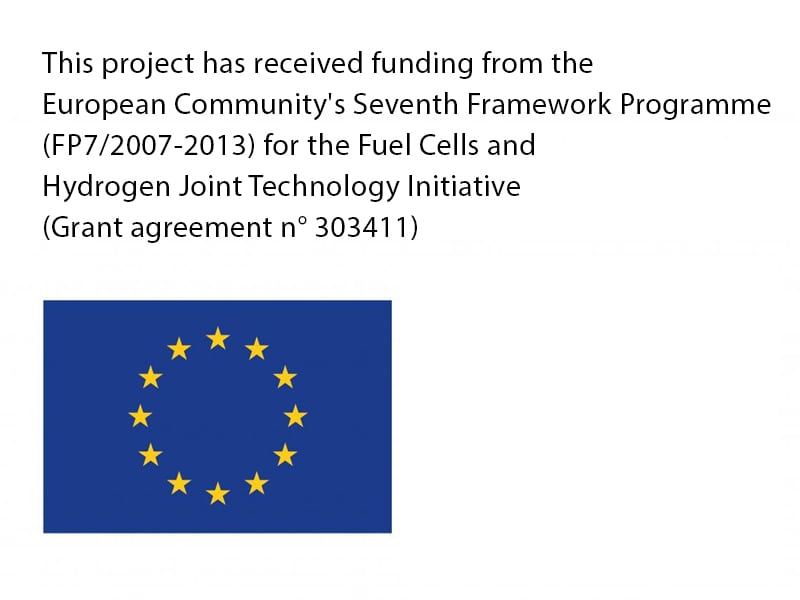