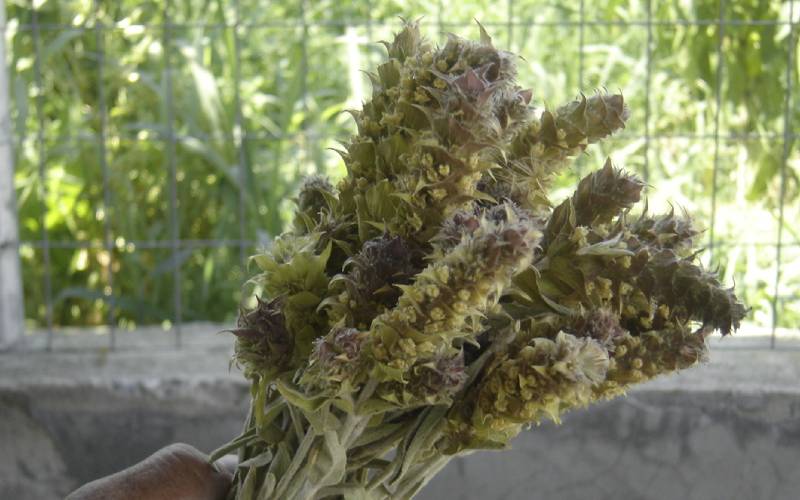 Herbal remedies have been handed down through generations for centuries. Sadly, many of our ancient populations of medicinal plants are now under threat of extinction due to environmental pressure and degradation.

Overexploitation of land in combination with climate change poses a never-before experienced threat to ecosystems and their inhabitants. Among the casualties are the plants that make up the rich biodiversity in the mountains of south-east Europe along the Balkan Peninsula.

At the heart of this region lies the National and Kapodistrian University of Athens where Professor Nektarios Aligiannis and his team are working to reverse the plight of the unique flora found on the uplands of southern Europe, especially those used over the centuries in traditional medicine.

The Balkan region is appreciated for its richness in indigenous medicinal plants and has a long tradition of using them for human health.

Prof. Aligiannis and his colleagues are working with the EthnoHERBS project to preserve plant biodiversity in these mountain ecosystems. The issue is not just conservation. “The Balkan region is appreciated for its richness in indigenous medicinal plants and has a long tradition of using them for human health,” explained Prof. Aligiannis.

The team has a list of renowned medicinal plants used for medicinal purposes over the centuries. These include Plantago, or plantain, used to calm inflammation, Hypericum, known as St John’s Wort, to treat depression, and Calendula, from the daisy family for wound healing.

Traditionally, the sap was collected, or plant parts dried and used as a poultice and placed over the skin to treat an aching, inflamed or painful part of the body. Alternatively, plants were boiled and used as an antiseptic wash for affected areas. Natural products were used as solvents—water, olive oil, wine and wine vinegar.

The researchers are systematically surveying the plants in this region and linking them to traditional knowledge and customs by conducting ethnobotanical surveys. Then, using cutting-edge technologies in natural product chemistry, the team is exploiting the therapeutic potential of the plants.

Selected plants will be grown organically to ensure the conservation of biodiversity. The most promising of these species will be cultivated to produce the required quantity of the final products.

Their plan makes use of the resources at the university as well as partners’ expertise in the expanding field of cosmeceuticals—a hybrid of cosmetics and pharmaceuticals. When they are not doing fieldwork in the mountains, they are researching and collaborating with the other 14 consortium members of EthnoHERBS to understand the biological activity behind the healing properties of the herbs.

All herbal extracts and compounds we separate will be subjected to a battery of tests for their biological activity. This includes antioxidant, antimicrobial, anti-inflammatory and anti-ageing properties. Also on the list of healing abilities are skin whitening and wound healing.

From mountain to lab

“All herbal extracts and compounds we separate will be subjected to a battery of tests for their biological activity. This includes antioxidant, antimicrobial, anti-inflammatory and anti-ageing properties. Also on the list of healing abilities are skin whitening and wound healing,” Prof. Aligiannis said.

Skin diseases can also be caused by a variety of microorganisms, and most current antibiotics available have considerable limitations in terms of antimicrobial spectrum as well as side-effects. Moreover, the advent of ever-increasing resistant bacteria and fungal strains has been matched by a rise in the universal demand for natural antimicrobial therapeutics.

For safety, the researchers are using computer models to predict possible toxicity or irritation. The most promising products will be evaluated extensively for their biological activity and safety using cell-based assays and tested on zebrafish for toxicity.

Conventional extraction techniques require the correct use of solvent and heat to increase the solubility of the compounds. Safety hazards linked to organic solvents in industrial processing have led to pressure for the use of ‘clean’ technologies to produce ‘green’ extracts.

Microwave-assisted extraction provides efficient heat distribution to cut down on heat used and requires less solvent and time, saving energy and operational costs. Another new extraction technology the EthnoHERBS team has harnessed is pressurised liquid extraction that operates under constant pressure to provide consistent quality and herbal composition of the extract.

We are developing a model to predict the risk, where and when a species will become extinct.

European researchers are also enlisting satellite and big data technologies to mitigate the high extinction risk for plants. “We are developing a model to predict the risk, where and when a species will become extinct,” said Dr Spyros Theodoridis of the Senckenberg Biodiversity and Climate Research Centre in Germany.

“Reasons for this continuing journey to extinction despite conservation efforts for many species are due to the high cost of technology for monitoring nowadays and lack of collaboration between conservation groups and decision makers,” outlined Dr Theodoridis, Marie Skłodowska-Curie Actions programme fellow and scientific investigator of the project BEEP.

“Work is underway on the hills of the Balkan Peninsula to remedy this situation,” said Dr Theodoridis. The team is looking specifically at four widely used species of the herb Sideritis, known as ironwort.

Made into tea, the dried plant is extremely sought after for its benefits, which include treating cough and mild stomach upset. The Committee on Herbal Medicinal Products suggest that the plant has an anti-inflammatory and antimicrobial action as well as an effect in protecting the stomach and reducing contractions of gut muscles.

“We are using a large archive of satellite data to show the shift in vegetation dynamics over the last four decades on the Balkan Peninsula mountains as a response to rising temperatures and extended droughts.

Additionally, genetic change in populations of mountain tea over the same time span is being monitored by comparing the DNA of a total of 200 herbarium specimens collected before 1980 with that of present-day samples in the Senckenberg research centre,” Dr Theodoridis explained. State-of-the-art technologies for high-throughput sequencing deal with a massive amount of genetic data. ‘Over a billion of genetic fragments are sequenced simultaneously,’ he added.

Threats to this herb’s survival include the direct and indirect effects of climate change, as well as over-exploitation. Rising temperatures allow more competitive vegetation, such as trees and shrubs, to go farther up the mountain taking over the ironwort’s natural habitats. The ever-increasing extended drought periods in the mountains during spring also inhibit the herb’s flowering and thus its reproductive capacity.

The BEEP project is close to confirming there is a simple correlation between climate change and decrease in the biodiversity of ironwort. This will predict how fast the plant is travelling on its path to extinction.

Environmental organisations such as the European Environment Agency and the International Union for Conservation of Nature will be able to use this modelling framework to guide them in their efforts to ensure species do not die out before our eyes, despite numerous monitoring initiatives. Showcasing the plight of endangered species will raise public awareness to change people’s behaviour.

Dr Theodoridis pointed out: “Collecting a few plants for individual use is probably fine and also legal, but sometimes sacks are used to bring down many plants from the mountainside. This is over-collection and in combination with climate change leads to a rapid decline in plant populations.”

Both teams think their models for conservation of traditional medicinal herbs can be applied more broadly. Prof. Aligiannis said: ‘Our model of conservation and exploitation could also be used for marine and animal products.’ Dr Theodoridis agreed: “I see our model being applied to many medicinal plants such as various species of oregano, orchids and primroses under pressure from climate change and over-collection, contributing to the protection of Europe’s unique and invaluable medicinal ecosystem services.” 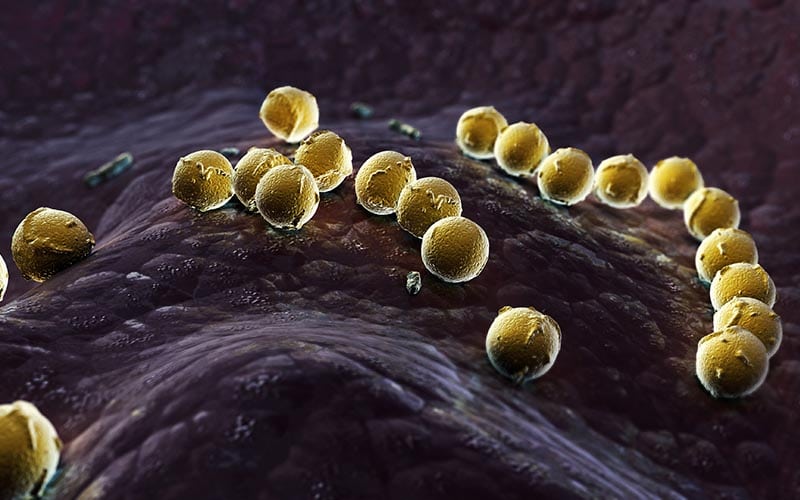 The University of Lausanne has been awarded an ERC consolidator grant worth nearly 2 million Euros to co-ordinate the PneumoCaTChER project over the next 5 years. They aim to reveal… 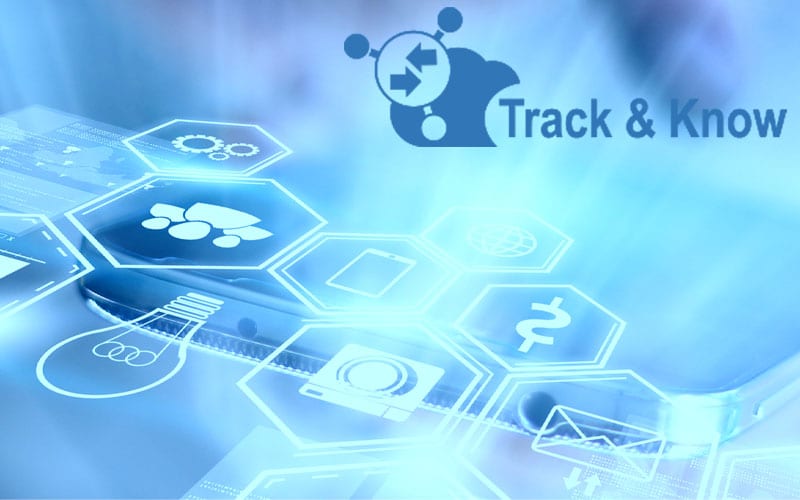 Big Data for Mobility Tracking Knowledge Extraction in Urban Areas As Track&Know enters the final year of research and development, we look back over 2019 at what we have achieved.…