In the MHINT programme, we have developed the integration of large-scale longitudinal studies measuring parenting, social context and genetics to allow us to explore the long-term effects of variations in parenting at a population level. Such findings identify key concepts and help separate parenting effects from social and genetic confounds. However, they are limited with regards to providing insight into everyday behavioural manifestation in parenting habits. This is a key goal for sustainable behavioural interventions.

An important advancement of MHINT was to use wearable cameras, capturing first-person perspective at home. (Figure 1) (Lee et al., 2017). We have now collected data on >100 families in the Children of the Children of the 90s study (Lawlor et al., 2019), and we have worked with an industrial user-centred development company to improve the design of the original device (Figure 2). The new cameras have been adopted by other research groups worldwide, including in South Africa and Brazil (Figure 3).

This article summarises evidence from population studies and presents ways to translate this knowledge to behavioural manifestations.

Using longitudinal data spanning over 25 years from the initial generations of the Children of the 90s study, we have identified variation in reported parenting that predicts long-term child outcomes after considering molecular genetic variation and variation in social circumstances. Of the three main domains of early reported ‘global’ parenting (enjoyment/warmth, stimulation/ responsiveness, conflict), reported conflict was most strongly associated with later child mental health (Culpin et al., 2020). Interestingly, parental enjoyment was not associated with mental health outcomes. However, when parents reported both enjoyment and conflict, the impact of conflict on the child was reduced. This provides evidence that the emotional context of the conflicts is likely to be important.

In a further paper, we explored the role of more applied parenting to get closer to everyday behaviour and more specific targets for intervention. In this study, we provide evidence that worries and lack of confidence during potential times of conflict (such as managing infant distress and meal/sleep times) were specifically associated with offspring depression (with effects persisting into adulthood) and mediated associations between maternal and offspring depression (Culpin et al., 2021). In combination, these findings suggest that a better regulated, confident and in-control parent/parenting, rather than a conflictual or worrisome one, may improve child mental health.

The next step will be to explore examples of behavioural manifestations of conflict and worry in responding to everyday nurturing contexts such as mealtimes. So far, we have developed an exhaustive library of operationally defined and illustrated behavioural codes (Constantini et al., 2021) across 27 behavioural groups (from head orientation to facial expressions and vocalisations).

We have demonstrated strong inter-rater reliability and transference to different coding teams and scenarios. We have double-coded 20 per cent of interactions for these purposes, using Cohen’s kappa to quantify inter-rater reliability. From early investigations, we found that kappa varied from 0.67 (facial expressions) to 0.97 (posture, body orientation). Using micro-coded interactions, we can begin to visualise and quantify patterns of behaviours that may represent the modifiable building blocks of the parenting concepts that the epidemiology work has demonstrated to be predictive of later mental health.

Given the evidence that conflictual relationships are independently associated with offspring mental health, understanding how conflict is manifested behaviourally in everyday parent–child interactions is important. Key reported items in the conflict scale include statements like, ‘I have frequent battles of wills with my child’. Reported worries were around eating such as, ‘worried child is not eating enough’, and intolerance of infant distress, ‘I cannot bear it when my child cries’.

Conflict within social interactions emerges when participants violate mutual behavioural expectancies (expectancy-violation realignment model). Manifestations of conflict occur at each age because participants differ in their expectations of a situation. An observed behaviour that could represent a core component of parent–child conflict is ‘discouragement’; this can be verbal or non-verbal, and it is a counter response by a parent to a child’s action. A frequent nonverbal example is a parent removing a toy that the child is trying to reach. The conflict arises because the members of the dyad want different things: the child wants the toy, but the parent doesn’t want him/her to have it. Verbal examples would include the parent saying ‘no’ or ‘don’t touch that’. Of course, some discouragement is likely to occur in even the most harmonious relationships as the parent may be teaching the child to focus on something else rather than the toy, and they may have a good reason (it may be dangerous, or they need to eat!). Nonetheless, discouragement may be the ‘building block’ for conflict: the escalation of discouragement either in intensity (i.e. when the discouragement is harsh or abrupt in tone or physicality), repetitive or is met with infant distress. The context of the discouragement is also relevant, as highlighted in epidemiological work: enjoyment and positive affect may buffer negative impacts of conflict, whereas worries and intolerance of emotion may exacerbate it.

To illustrate potential behavioural signatures of conflict, we look in-depth at visualisations of the coded data from two real-life interactions of parents and 6-month-old children at mealtimes. We display only relevant behaviours (Figure 4).

As well as looking at changes in the frequency of specific behaviours surrounding conflict, another potential marker of reconciliation or escalation is the mirroring of behaviours in quantity and timing. This is predicted to engage and regulate the interaction following conflict. To illustrate this possibility, in both scenarios, we can compare vocalisation patterns in the infant and the parent at two mins before and directly after the initial discouragement event (Figure 5).

The narratives presented help to set hypotheses about variation in behaviour and could be provided as feedback to individual parents. However, to study variation in populations, we need to extract and quantify key parameters that can ‘represent’ such features. Computational processes allow more efficient analysis and visualisation of these behaviours and the links between them. We can extract simple summary statistics about an interaction, including frequencies, durations and sequences of behaviours. Behavioural sequences can be visualised graphically, allowing us to extract behavioural signatures (for example, behaviours occurring within the 5 seconds preceding physical play or conflict events). We can also calculate the probabilities of moving between and remaining within behavioural states; this information helps us to approximate how behaviours may present over longer timeframes.

In addition, we can include processing by specific computer software that allows potentially less biased and more precise information from footage. In the MHINT project, we are using Noldus face reader. Face reader produces an output that offers more in-depth quantification of emotional expression.

We are currently performing validation work on a subset of mother-infant and father-infant interactions. Specifically, we are looking to: (1) evaluate the instances that Face Reader fails to find a face where a human succeeds (e.g. the face is only partially in view, the footage is blurry or dark), and (2) to use confusion matrices and supervised machine learning methods to compare our manual coding of the facial expressions to the automated classification provided by Face Reader.

Once we have developed parameters to characterise and quantify key behavioural signatures, we can then explore correlates of variations. This can be both within the same dyad (whether the interaction occurs during play or mealtimes, the mood of parent and child on the day, presence of distractions) and across dyads (variations in personality, mental health, social circumstances).

Application to interventions and support

The aim of MHINT is to translate our findings to improve parenting support. Providing visual and specific behavioural examples (as we have in this article) may help parents to recognise how to reconcile rather than escalate everyday conflicts. We also highlight the importance of emotional context. There is evidence that parenting interventions employing video feedback are helpful, but we need specific targets of behaviours which will be most beneficial to improving interactions. It also provides an opportunity to reduce the stigma often associated with parenting interventions by augmenting positive micro-behaviours. The effects of these adjustments may also translate into other relationships beyond the parenting role.

The next stages of MHINT are to triangulate the epidemiological and behavioural findings with evidence from randomised controlled trials, breaking down existing parenting interventions into the most ‘active’ ingredients (see Constantini, 2020). In combination, this work will provide clear evidence and specific examples of how parent–child interaction can be supported to improve child mental health. With the exacerbation of an already emerging mental health crisis in children following the COVID-19 pandemic (Paul et al., 2021), this has never been more important.

Figure 1: Example footage from mum and baby head cams perspectives as well as a third camera in the home.

Figure 2: Title: Representation of the process involved in redesigning the head cams.

Figure 4: Scenario 1 and 2 visualisations of a selection of behaviours in parent and infant according to time. Different behaviours are colour coded.

Despite decades of research and parenting support programmes, children of mentally ill mothers remain substantially more likely to have mental health problems themselves. In this project, we shed new light on how to harness the potential of modifying parenting for the prevention of child mental health risk. We study parenting using detailed, ecologically valid and genetically sensitive designs.

Rebecca Pearson currently holds a Professorship in Psychology in Manchester Metropolitan University. In Bristol Medical School, she combines psychology and epidemiology to focus on novel observational and computational methods to understand parenting and apply this to real-world interventions. She has published over 100 peer review papers included in global media and policy.

The core team involves researchers and students in experimental psychology from Bristol Medical School, and the psychology department at Manchester Metropolitan University. Partners include Kinneir Dufort (industry) and researchers at the University of the Witwatersrand, South Africa.

This project has received funding from the European Research Council (ERC) under the European Union’s Horizon 2020 research and innovation programme under grant agreement No. 758813. 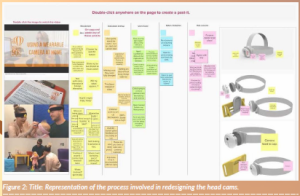 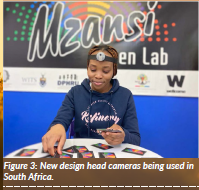 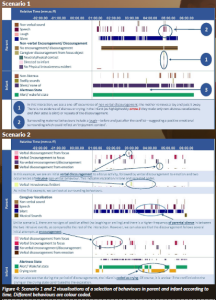 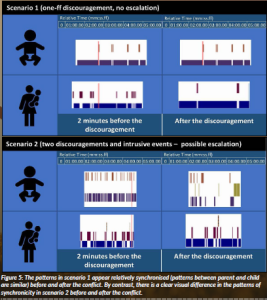 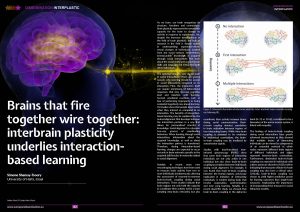