What happens when Chinese firms invest in European infrastructure

What happens when Chinese firms invest in European infrastructure

Does China have a strategy in Europe?

How are the European Union and its peripheries responding to growing links with China?

Do individual countries benefit from Chinese investment in their infrastructure?

For decades China was relatively isolated from the global economy and considered to be a ‘developing’ as opposed to a ‘developed’ country. But as China’s economy has evolved, it has shed its developing’ country label. Chinese firms are increasingly sophisticated and operating in hi-tech sectors like electric vehicles and artificial intelligence. Chinese financial institutions have amassed significant surplus capital, and so we have seen Chinese businesses investing more and more in developed regions of the world like Europe (Kratz et al., 2020), particularly in major infrastructure projects such as railways, airports and IT networks.

The internationalisation of China’s businesses has been accompanied by the growing political influence of the Chinese state. These economic and political strategies come together in endeavours like the Belt and Road Initiative (BRI), which is a massive infrastructure investment programme by the Chinese government that traverses land and sea in order to increase the connectivity of the country to South Asia, East Africa, Central Asia, and Europe. As China’s influence grows, some see a threat to the established global powers and the world order more generally. Indeed, some even go so far as to talk of a ‘new cold war’ (Brands & Gaddis, 2021) that pits China and the US against one another in a quest for global supremacy.

While the apocalyptic tones of a ‘cold war’ are overblown, such tensions came to a head when the Chinese ICT firm Huawei was ejected from the UK’s 5G infrastructure roll-out in 2020. The rationale for this move was the potential security threats that a large Chinese firm, with connections to the Chinese state, posed for Britain. Other countries, like Germany and Greece, had raised similar concerns about Huawei as well as other Chinese investments in what are called ‘critical’ infrastructures. As such, an infrastructure project provides one lens for looking at how the global order is changing.

How can we understand these global shifts? Who stands to benefit, and who stands to lose from these seismic economic and political changes? The five-year ERC-funded project entitled Reorienting Development: The Dynamics and Effects of Chinese Infrastructure Investment in Europe (REDEFINE) seeks to answer these pressing questions.

Following decades of isolation from the world economy, in the 1980s, China opened up to investment from overseas businesses, largely in its manufacturing sector. Producing all these goods and constructing the cities where Chinese workers were increasingly living required huge inputs of raw materials like iron, copper and oil. To access such commodities, the Chinese government encouraged its large businesses to ‘go out’ and invest in producer countries across Africa, Latin America and the Middle East. For the first time, Chinese businesses were internationalised.

This first phase of China’s expansion generated heated debates, particularly when it engaged with Africa. The discussion was whether Chinese firms behave as ‘neocolonialists’ on the African continent or whether they are more benevolent. On the positive side, it is argued, Chinese aid and lending provide much-needed infrastructure to African countries. This engagement is couched in terms of ‘South-South development cooperation’ and has been analysed largely from the perspective of international development studies.

On the negative side, China is accused of cynical lending to ‘trap’ countries into debt so that Chinese businesses can gain further influence. Chinese firms have also been accused of systematically using labour imported from China so that Africans don’t benefit from employment opportunities. Our work in this area showed that the costs and benefits vary by project and that the coherence and effectiveness of the African institutions with which the Chinese engage helps determine the outcomes (Mohan & Tan- Mullins, 2019).

in Europe. While the BRI is about using Chinese capital productively and laying the foundations for future economic linkages, many European economies have stagnated following the 2008 financial crisis, with governments cutting infrastructure investment and seeking alternative sources of finance. China now sees Europe as fertile ground for new infrastructure investment, yet as the Huawei controversy highlighted, many European firms and governments are ill-equipped to deal with these political and economic changes.

Even though the BRI appears as a grand strategy on the part of the Chinese state, it is in fact much less coordinated than many assume. As such, REDEFINE will take a disaggregated approach to unpack project-by-project effects. Through comparative, ethnographic case studies in the UK, Germany, Greece and Hungary, REDEFINE will produce fine-grained analysis to understand the rationales for Chinese investment in Europe, the geopolitical dynamics surrounding these financing streams, the structuring of projects, and how they interface with national and local development policy. By better understanding how investment deals operate, REDEFINE hopes to connect Chinese and European governments and corporate actors in order to influence their strategies and practices.

To interrogate the global connections around infrastructure projects, REDEFINE will use process tracing (Bengtsson & Ruonavaara, 2017), where the focus is on particular projects. Through thick description, we identify key actors and outcomes then track back to see whether they were linked through specific causal relationships. This approach requires prolonged, systematic engagement with various stakeholders in collecting a large amount of mainly qualitative data.

All of REDEFINE’s cases concern major infrastructure investments above €100 million and include large real estate and urban regeneration projects, alongside those more usually considered infrastructure (e.g. railways, ports). REDEFINE focuses on the interconnections between China and Europe, as well as how wider connections, notably the changing role of the USA, play into these. But it also differentiates between countries that China engages with along different development trajectories; notably, Central and Eastern European countries are quite distinct from those industrial and post-industrial economies in North-Western Europe.

The selection of case studies—UK, Germany, Greece and Hungary—captures this variegated economic geography and the different rationales on the part of China. The table shows that two projects per country have been selected as exemplars of the predominant relationship between that country and China. Not all these projects are running as smoothly as initially planned, but REDEFINE is not just interested in ‘successes’ and will track all these projects to examine why some either ‘fail’ or go in different directions to the original plans.

The research team comprises four post-doctoral researchers, each with a responsibility for leading a country study and two PhD students. Fieldwork begins in Spring 2022 and will run for two years.

The REDEFINE project is structured around three broad themes

China’s involvement in Europe will include both state-sponsored investment vehicles and corporations and private sources of investment that tend to be less regulated. REDEFINE focuses on the nature and experience of the emergent partnerships between Chinese and European firms and the engagement of Chinese investors with national state agencies at local, regional and national levels.

As recent EU policy has acknowledged, regulation of Chinese investments is critical given a range of concerns around financial probity, security, intellectual property and standards. Other outcomes are linked to analysing regulation, so REDEFINE aims to assess a range of issues, including economic localisation, regulation, political resistance and broader changes in identity.

Dynamics and Effects of Chinese

REDEFINE will examine what China’s rise means for how we understand global development and, specifically, Europe’s place in it. REDEFINE aims to use the insights from international development to interrogate Chinese engagement in the heart of Europe and, by doing so, reorient the Eurocentric debates in the social sciences around how we define and delimit development, who drives these processes, and what it means for societies and communities affected by such investments.

Giles Mohan is Professor of International Development at the Open University. He has held various UK academic posts over the past 30 years and has an area specialism in West Africa. Giles’ recent work has addressed China’s engagement with Africa supported by a series of large grants from the UK’s Economic and Social Research Council.  REDEFINE builds on this China-Africa work to track the implications of Chinese investment in Europe.

This project has received funding from the European Research Council (ERC) under the European Union’s Horizon 2020 research and innovation programme under grant agreement No. 885475. 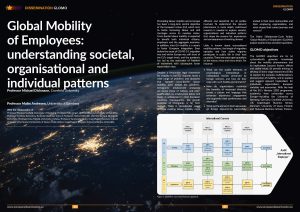 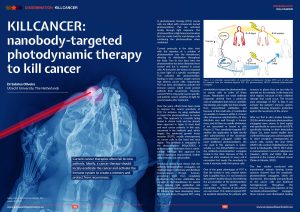