The quantum gravity problem is arguable one of the greatest unsolved problems of high energy theoretical physics—the problem of irreconcilable differences between the two most successful paradigms; quantum field theory, represented by the standard model of elementary particles, and general relativity.

For decades, some of the greatest minds in physics have sought to quantise gravity, yet the problem remains. Now, the HiSS project seeks to put a new spin on old problems by providing the first working example of higher spin gravity (HiSGRA).

It starts with spin

Spin is a genuine quantum characteristic of matter— loosely analogous to angular momentum of a body—which has no true counterpart in classical physics. At first sight, spin is just a number (integer or half-integer) that characterises any particle, elementary or not. What is not well understood is why even small changes in the value of spin lead to drastically different theories an phenomena. You and I are made of electrons, protons and neutrons which have a spin equal to one half. General relativity can be understood as a theory of a self-interacting massless spin-two particle, the graviton. Yang-Mills Theory underlying the standard model is a theory of interacting massless spin-one particles. Massless spin three-half particles cannot interact unless supplemented by the graviton and possibly some lower spin particles; the resulting theories are known as supergravities.

Since the range up to spin two is well covered by various (super)gravities and gauge theories, it makes sense to find out what other values of spin lead to, i.e. to look for theories with higher spin particles (higher than two). When at least one higher spin particle is present, the theory should also contain the graviton, hence the name ‘higher spin gravity’, and particles of arbitrarily high spin. In the simplest case, the spectrum of HiSGRA should contain massless particles of all spins. Therefore HiSGRA are first of all theories of gravity.

Masslessness is important in severely constraining theories since gauge fields describe massless particles, and interactions must respect this gauge symmetry. In general relativity and supergravities, the (super)-diffeomorphisms play the role of gauge symmetry but leave a big interaction ambiguity, which is at the core of the quantum gravity problem. This ambiguity allows for infinitely many types of UV divergences. On the contrary, HiSGRA’s are believed to be completely fixed by the infinite-dimensional gauge symmetries associated with massless fields by the higher spin symmetries. It was not until our work (Ponomarev and Skvortsov, 2017; Skvortsov, Tran and Tsulaia, 2018) that this old idea was given concrete support.

HiSS plans to create new consistent models of quantum gravity and address several important challenges in theoretical high energy physics, condensed matter physics and mathematics. The key concept is that they are all bound together by the infinite-dimensional higher spin symmetries.

(A)    Give a clue to the quantum gravity problem via HiSGRA

(B)    Prove recently discovered dualities in the models of critical phenomena

(C)    Pave the way to new developments in deformation quantisation.

By gaining a clue to the quantum gravity problem via HiSGRA, it should be possible to tackle the old paradoxes of black hole physics, investigate the puzzles of cosmology of the early Universe and, unexpectedly, apply the insight back to study processes of black hole coalescence,  which is relevant to the rapidly developing field of gravitational wave physics.

Figure 3: A diagramatic representation of the principal themes of the HiSS project.

Chiral HiSGRA: the breakthrough behind the project

My collaborators and I constructed and quantised at one loop chiral HiSGRA with the help of the light-cone gauge (Ponomarev and Skvortsov, 2017; Skvortsov, Tran and Tsulaia, 2018). Presently, this is the first and the only HiSGRA with propagating mass less fields, including the graviton, where quantum effects can be studied. The theory evades numerous no-go theorems.

We discovered an intriguing cancellation of UV divergences by explicitly computing some of the quantum corrections, but the general principles are yet to be uncovered. Moreover, the chiral HiSGRA must be a closed subsector of any other HiSGRA, rather than just a curiosity, making it an indispensable building block. I also managed to apply the chiral theory to the recently discovered bosonisation duality in Chern-Simons vector models. This has led to new predictions for correlations functions (Skvortsov, 2019), which is also the first time that a HiSGRA has provided new verifiable results not yet been obtained by any other means.
I also proposed the same thing “CFT analog of the light-cone approach: the light-front bootstrap” (Skvortsov, 2019). whose application makes the bosonisation duality manifest. Lastly, the algebraic structures underlying the gauging of higher spin symmetry in HiSGRA and the deformation of this symmetry on the CFT side were uncovered in (Sharapov and Skvortsov, 2019a and 2019b)  and linked to deformation quantisation.

Starting from the chiral HiSGRA, we plan to perform a thorough study of quantum corrections in Minkowski space and draw general lessons. After fixing the higher-order corrections in the AdS chiral theory, the cancellation of UV divergences should be studied in (anti)-de Sitter space. Until now, the computations have been performed in the simplest background (Ponomarev and Skvortsov, 2017; Skvortsov, Tran and Tsulaia, 2018), Minkowski space, while the nontrivial applications of HiSGRA to physics require a cosmological constant. This should give a clue to one of the most important questions: Why and how higher spin symmetry solves the quantum gravity problem?

Starting from the condensed matter side, we plan to advance the light-front bootstrap to get concrete predictions for the correlation functions and facilitate comparison with (A). Next, we will establish a direct link between the slightly-broken higher spin symmetries (Maldacena and Zhiboedov, 2013) that were given a solid mathematical formulation in our (Sharapov and Skvortsov, 2019b) and Ward identities in Chern-Simons-matter theories. It is already encouraging that the invariants of the unbroken higher spin symmetries give all correlation functions (Didenko and Skvortsov, 2013) in the free or infinite-N limits, and the main goal is to prove that the slightly-broken symmetry is powerful enough to fix all correlation functions in a unique way, thereby proving the duality. Correlation functions should be given by higher spin invariants. It is expected that (A) will meet (B) since the HiSGRA provides a dual description of the same vector models. Altogether, A+B should give a complete model of gauge/gravity duality, which has direct applications to physics.

Thanks to the positive results of the chiral theory, it is tempting to construct conceptually new HiSGRA’s with massive higher-spin fields, as in string theory. The latter opens an entirely new direction since the only such model is believed to be string theory, while our preliminary results show that there should exist simpler theories along the HiSGRA lines.

Given a simple enough QG model via HiSGRA, it would be interesting to see if the famous paradoxes caused by Black Holes can be resolved (for example, the singularity can be resolved by higher derivative corrections present in HiSGRA).

Given that the chiral HiSGRA (and HiSGRA in general) seem to be simple and complete QG models that admit positive cosmological constant, it makes sense to look for the inflationary scenario there and for the possible fingerprints of HiSGRA in CMB. The simplest solid prediction is that HiSGRA will lead to Riemann-cubed corrections to GR with a very specific coefficient, fixed by higher spin symmetry, which it should be possible to test in the future.

A majority of the HiSS goals aim at real-world physics and have the potential to touch real experimental data.

If we achieve all our goals in this project, HiSGRA should become a notable paradigm for QG research with a significant impact on mathematics, condensed matter physics and cosmology. A moderate expectation is that new models of QG will be found by using the HiSGRA approach, which should significantly increase our understanding of the problem.

The higher spin symmetry underlying HiSGRA should find direct applications in the physics of critical phenomena and lead to many profound developments in pure mathematics.

Dr Skvortsov is a research associate at Université de Mons, focussing on higher spin gravities and applications thereof to the quantum gravity problem. Skvortsov graduated from Moscow Institute of Physics and Technology in 2005, obtained a PhD from Lebedev Institute of Physics in 2010 with a thesis on gauge fields in Minkowski and (anti)-de Sitter spaces within the unfolded formulation, and went on the spent time at Albert Einstein Insitute (Max Planck Institute for Gravitational Physics), Potsdam and Ludwig Maximilian University of Munich.

This project has received funding from the European Research Council (ERC) under the European Union’s Horizon 2020 research and innovation programme under grant agreement No. 101002551. 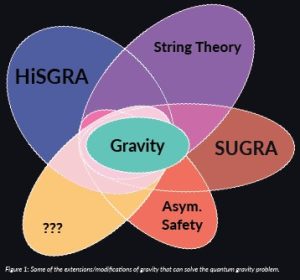 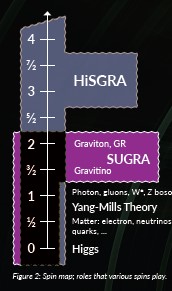 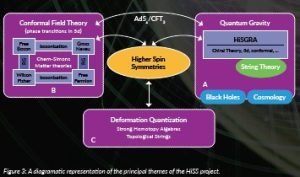 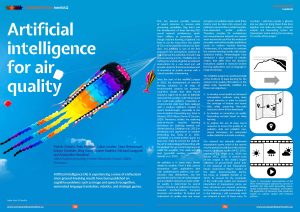