The COVID-19 pandemic has made it obvious to everyone: medical analyses conducted in fully-fledged laboratories require substantial amounts of time. First, the sample has to be obtained from the patient. Then, it needs to be transported to a medical lab. And finally, the actual tests and analyses have to be conducted by corresponding experts—possibly using bulky and expensive lab equipment. At the same time, technology already exists, which, in principle, avoids all this hassle and allows to run entire assays much more efficiently on so-called microfluidic biochips or labs-on-a-chip.

Realising a lab on a microchip

What is meant by that? In fact, core operations usually conducted by experts in a lab involve mixing fluids (such as samples and reagents), heating them, letting them incubate, etc. Technically, all these operations can be realised on a microlevel, e.g. by networks of small channels through which corresponding fluids are pumped and controlled (see Figure 1). This allows fluids to be automatically routed through dedicated mixing chambers, heating components, or incubation paths—all realised at a microscale and, hence, in a fashion that allows for an application outside of a lab. This saves precious material since, due to the micro- or sometimes even nanoscale, substantially fewer samples or cost-intensive chemicals are needed. It also reduces costs and overheads since operations do not have to be conducted manually anymore. Most importantly, it brings the test to the patient—truly realising point-of-care diagnostic and treatment. A COVID-19 rapid self-test or a pregnancy test are examples of this microfluidic technology.

But this technology has hardly been expanded beyond that. Applications certainly exist: chemistry, pharmacology, biology, healthcare, food industries and more certainly benefit from this technology. Particularly in places with poor health care (such as in developing countries), labs-on-a-chip could be a real game-changer. But despite the pregnancy and the COVID-19 tests mentioned previously, only a few success stories exist, e.g. in the domain of drug screening, DNA sequencing, or cancer treatment. The full potential of labs-on-a-chip has not been exploited yet.

One of the main problems is that the corresponding devices have to be explicitly designed for each use case. Channels must be appropriately dimensioned and connected. The used samples and chemicals must be injected into the chip at the right pressure. Mixing, heating or incubation processes must be initiated at the right time. This requires dedicated expertise on a huge number of physical parameters and, additionally, is mainly conducted by hand thus far. Moreover, the slightest changes in the assay easily render an already existing design useless and require a re-design of the device. Accordingly, most labs-on-a-chip which successfully got established in practice are rather simple and the result of long and costly ‘trial-and-error’ procedures.The good news is that we have been in a similar situation and mastered it before. In fact, the design of classical computer chips as we know them (from laptops, tablets, phones, etc.) was originally conducted by hand as well. But with the increasing complexity of those chips, better design methods were needed. Accordingly, researchers and engineers developed hardware description languages, design tools, test methods, etc., which eventually led to sophisticated automatic methods that enabled us to design tremendously complex circuits and systems that literally affected all aspects of our daily life.

How design automation and simulation can help

In this project, we are aiming to repeat this success for microfluidic devices and labs-on-a-chip. The basis is already there: we know from basic research how fluids behave in microfluidics systems, i.e. how quickly they flow when pumped through channels, how junctions mix them, how long they require to get through dedicated meander structures, etc. Describing that, however, quickly yields complex formulas resulting in huge equation systems. Resolving those requires efficient methods which can accordingly reason over them.

But it is worth the effort. The resulting design tools will allow the (semi-)automatic generation (of parts) of a microfluidic design in a push-button fashion. The resulting simulation tools enable designers to thoroughly test corresponding designs even before a first prototype goes into production. By this, current time-consuming and costly debugging loops, in which numerous prototypes are frequently fabricated, tested and fine-tuned until a working solution is eventually obtained, can be substantially minimised or even avoided completely. The first results obtained by preliminary tools (summarised on the following pages) already demonstrated that this improves the design time of a simple microfluidic device from an entire month to a single day. Motivated by that, this project is determined to develop design automation and simulation tools that pave the way to exploit the full potential of labs-on-a-chip.

First preliminary tools that aid engineers in the design and simulation of microfluidic devices and labs-on-a-chip are already available.

Channels and meanders are core entities in microfluidic devices since they connect components such as mixers, heaters, pumps, etc., and ensure that fluids are processed as intended. In order for them to work properly, they must meet certain geometrical conditions such as having a certain length, bend radius, and distance to other channels. In case of meanders, a certain hydrodynamic resistance must be realised, such that, e.g. incubation times of the fluids flowing through them are satisfied. Additionally, the area where meanders are placed is subject to further geometric constraints.

The Channel Router and Meander Designer aid engineers in this process by automating this so-called task of routing. The tools allow for the easy specification of design constraints. As an example, the user can visually draw and place components and plan channel connections between these components by positioning the corresponding channel outlets. After providing additional inputs, such as the desired hydrodynamic resistance of the planned meander, corresponding designs are automatically generated. The results are conveniently displayed in a user-friendly interface. The Channel Router also allows the engineer to move components and alter channel properties in order to interactively optimise the result until a satisfactory design is produced. Afterwards, the design can be downloaded as a scalable vector graphics (SVG) file.

The Channel Router is accessible at https://iic.jku.at/eda/research/channel_router.

The Meander Designer is accessible at https://iic.jku.at/eda/research/meander_designer.

Generating specific mixing (i.e. concentration) ratios between two or more fluids is a standard task in biological and chemical research, and microfluidic devices are particularly suited for that. Corresponding tree-shaped gradient generators are an ideal microfluidic solution for this purpose. Here, two fluids are pumped through multiple stages of channels and are gradually mixed until they reach the outlets of the device. By adapting the lengths of the meander channels between these stages, the concentration values at the outlets can be controlled in order to match user-defined values. Furthermore, these meander channels also ensure a proper mixture between the two fluids.

However, designing a gradient generator that realises the desired concentration values requires a tedious fine-tuning of a large number of parameters (such as channel geometries, concentration values, fluid properties, flow rates, etc.). The Designer for Concentration Gradients completely automates this task. The engineer only has to provide specific user inputs such as the desired concentration values, the number of outlets, the assumed flow rates and the channel width/height of the platform. Afterwards, by the push of a button, the tool uses these inputs in order to establish and solve an internal equation system from which the required lengths of the meanders are obtained. This allows to automatically generate a complete design of a gradient generator that realises the user-defined inputs. Finally, the design can also be downloaded as scalable vector graphics (SVG) file for further use, e.g. in the fabrication process.

The Designer for Concentration Gradients is accessible at
https://iic.jku.at/eda/research/gradient_generator.

Even if the design of a microfluidic device is available, it usually is not guaranteed that it directly works as intended after fabrication. After all, microfluidic devices are very sensitive to a huge number of physical parameters, which all depend on and affect each other. This frequently requires ‘trial-and-error’ procedures until the considered design is refined and works as desired. Corresponding iterations are often done using prototypes which have to be fabricated and tested—obviously a time-consuming and costly process. Simulations that allow for evaluating the behaviour of a design prior to fabrication do help here.

To this end, different physical models can be utilised, which provide a trade-off between efficiency and precision. Simulations at a high abstraction level allow, e.g. for a quick consideration of ‘simple’ channel flows through 1D-analysis methods based on the Hagen-Poiseuille law. This covers, e.g. flow rates in channels, movements of droplets, etc., in a matter of milliseconds. Simulations at a low abstraction level can utilise methods from computational fluid dynamics (CFD) to additionally simulate more complex microfluidic phenomena like mixing behaviour and droplet deformations. Examples are the finite volume method and the lattice Boltzmann method, for which open-source solvers such as OpenFOAM or Palabos are available. This remains closer to the underlying physics but may require simulation times that take up to a few hours, days, or more.

Simulation methods for microfluidic devices and labs-on-a-chip developed in this project are available at
https://iic.jku.at/eda/research/microfluidics_simulation.

Microfluidic devices and labs-on-a-chip provide the promise of ‘moving’ medical analyses from actual labs to chips that can directly be applied at the patient. However, their design still heavily relies on dedicated expertise as well as long and costly ‘trial-and-error’ procedures. This project develops tools that allow the automatic generation (of parts) of a microfluidic design in a push-button fashion and perform simulations that enable designers to thoroughly test corresponding designs even before a first prototype goes into production.

Prof. Dr Robert Wille is a computer scientist by training but covers a broad spectrum of topics with a particular focus on the development of automatic methods for the design, simulation, verification, and test of complex systems in hard- and software. He considers conventional technologies (from formal specifications to realisation) as well as future technologies (including quantum computing, microfluidic biochips, optical circuits, memristors, reversible circuits, and adiabatic circuits).

This work has partially been supported by the FFG project AUTOMATE (project number: 890068) as well as by BMK, BMDW and the State of Upper Austria in the frame of the COMET Programme managed by FFG. 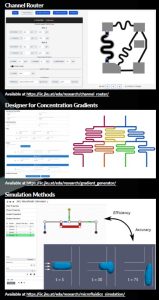 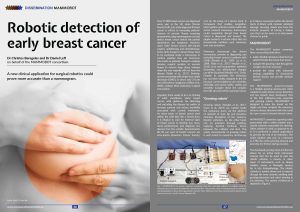 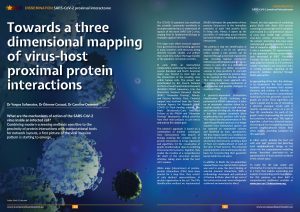 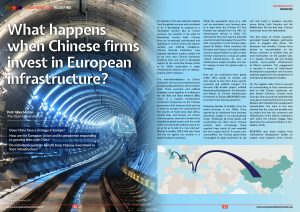